That was the 10K run on Sunday, where Mike and I ran for Beating Bowel Cancer in the Run to the Beat event in Wembley. It was our second 10k of the year, which in itself is shocking, as I never even thought I would do one, let alone 2 but it was a good goal to work towards. Now, I certainly wasn’t as fit or in as good shape as I was for our Bupa 10k, the training kind of fell by the wayside over Summer as I preferred to drink bubbly in the garden than go out and exercise, but I was pretty confident I could run the course.

That was until we received the race pack only to find out the course had some hilly parts, I was actually relying on a nice flat course thinking this would get me round quicker, but nope, wonderful hills awaited us. But still, I thought I could still run the 10k with hills, if a little slower.

On the Friday and Saturday before race day I had been to Surrey for work, so lots of travelling and walking (you can see the excuses forming!) and no time for short training runs. On race day, we were up at 5.30am to ensure we could get to Wembley in time. A quick banana and some water en route and we’re raring to go. A quick toilet stop for me (all Portaloos) only to discover my bag had leaked, this is a fairly rare occurrence, stoma appliances are pretty good and tend to be quite hardy. However, every now and then a leak happens and you just have to deal with it as best you can. Always having a change of bags and a clean pair of knickers on your person is usually a good idea (a clean pair of knickers is never a bad idea even if you don’t have a stoma, that and a toothbrush, you just never know!). Fortunately I had caught the leak before it got too bad and had a change of bag. Changing my bag in a Portaloo toilet is not something I wish to experience again, not particularly easy but I managed. I think it affected me psychologically though and something seemed to switch mentally despite my positive pep talk to myself. I also had a foot injury from a run the week before but was determined to run anyway as it didn’t feel that bad.

So, the race starts and we’re away, Mike is in a different group to me (the faster ones!) so I know he is well away before I have started. I did the first 1k ok, as it was all downhill and then it all just went horribly wrong. I had a stitch, I had to stop at 5k for first aid because my toes were covered in blood, I would like to be dramatic and say it was a huge gash in my toes caused by fast running but it was just a tiny cut that bled a lot! Then after that point it seemed to be all uphill, horrible steep mountains which just felt impossible. But I hobbled, jogged & walked and eventually got round. Perhaps if someone had yelled that there was a bottle of champagne at the finish line I may have got a sprint on, but it was just a few cheerers trying to encourage us slow ones (it’s a bit embarrassing) across the finish line. But at least I can say ‘Wooooo I did it!’

Mike did incredibly well, me, not so good, but I was determined to finish the course no matter what. I actually hated every minute of it but I think I may do it again next year, just to improve my time (which won’t be hard) and because it will also seem like a good idea at the time.

You will be relieved to hear that the champagne came out upon arriving home, followed by a very delicious burger, so all was not lost. Now, I have 7 weeks until the next 10K, and I am DETERMINED to do this one well! 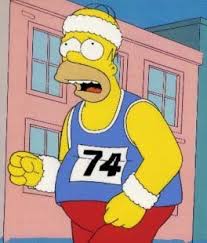 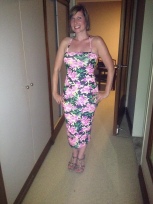 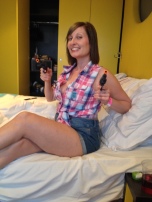 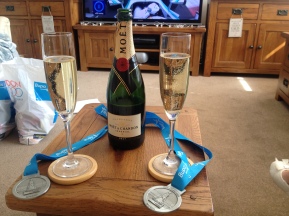 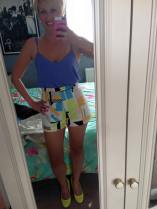 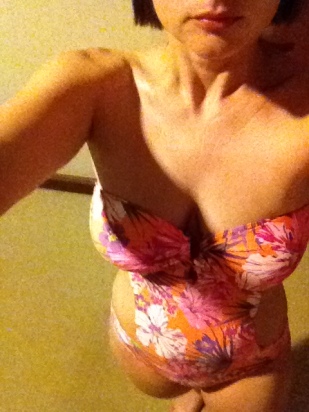 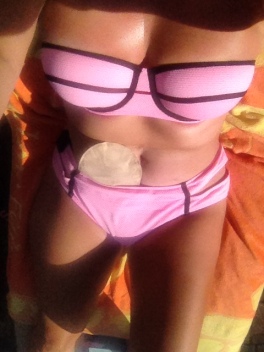 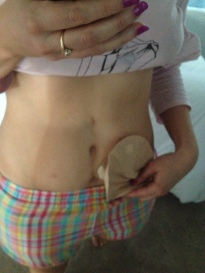